Even More What Lies Beneath

As we saw last time, the fingerboard and frets are in a bit of a state. As such, we’re going to remove the existing frets. This gives us the opportunity flatten the fingerboard and remove the worst of the grooves. We’re also going to change the fingerboard radius a little from the current radius of around 10″ to a slightly flatter 12″. Actually, most of the specs I’ve seen for these guitars say it should already have a 12″ radius… but this one doesn’t.

I’ll make a separate blog about removing frets, but here are the basics: 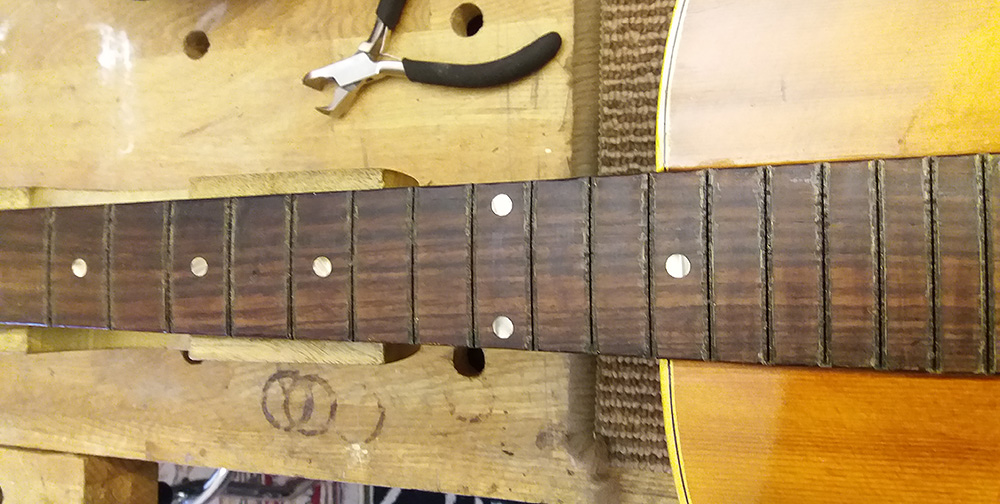 Here is the defretted fingerboard. At first glance it looks in a terrible state! But most of that is just dry glue around the fret slot. Someone really wanted to make sure those old frets didn’t pop out! 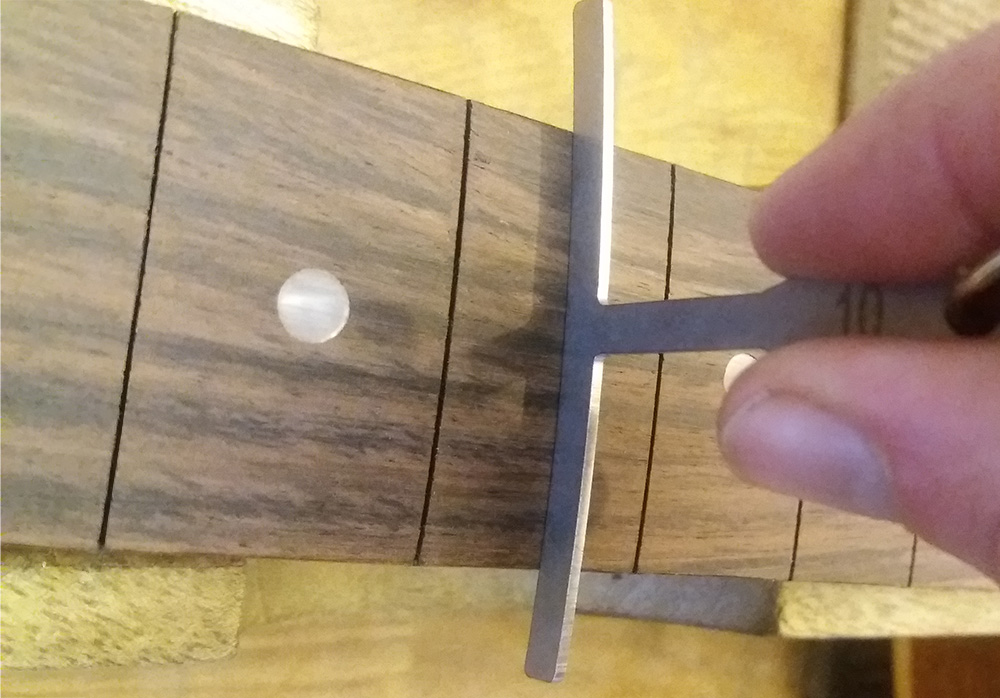 Here, I’ve cleaned the board up a bit and there is the 10″ radius. It varies a bit along the length of the fingerboard and flattens out a bit higher up.

I’ll use flattening beams and radiused sanding blocks like this one to make it a consistent 12″ radius end to end. When we’re done, the fingerboard will be true with an easy-to-play radius. Some of the deepest grooves between frets 1 and 3 will need to be filled. You can also see I’ve removed the nut for a few reasons. One, it will make the levelling and refretting process easier with it out the way. Two, once our new, taller frets have been installed it will need to be replaced anyway.